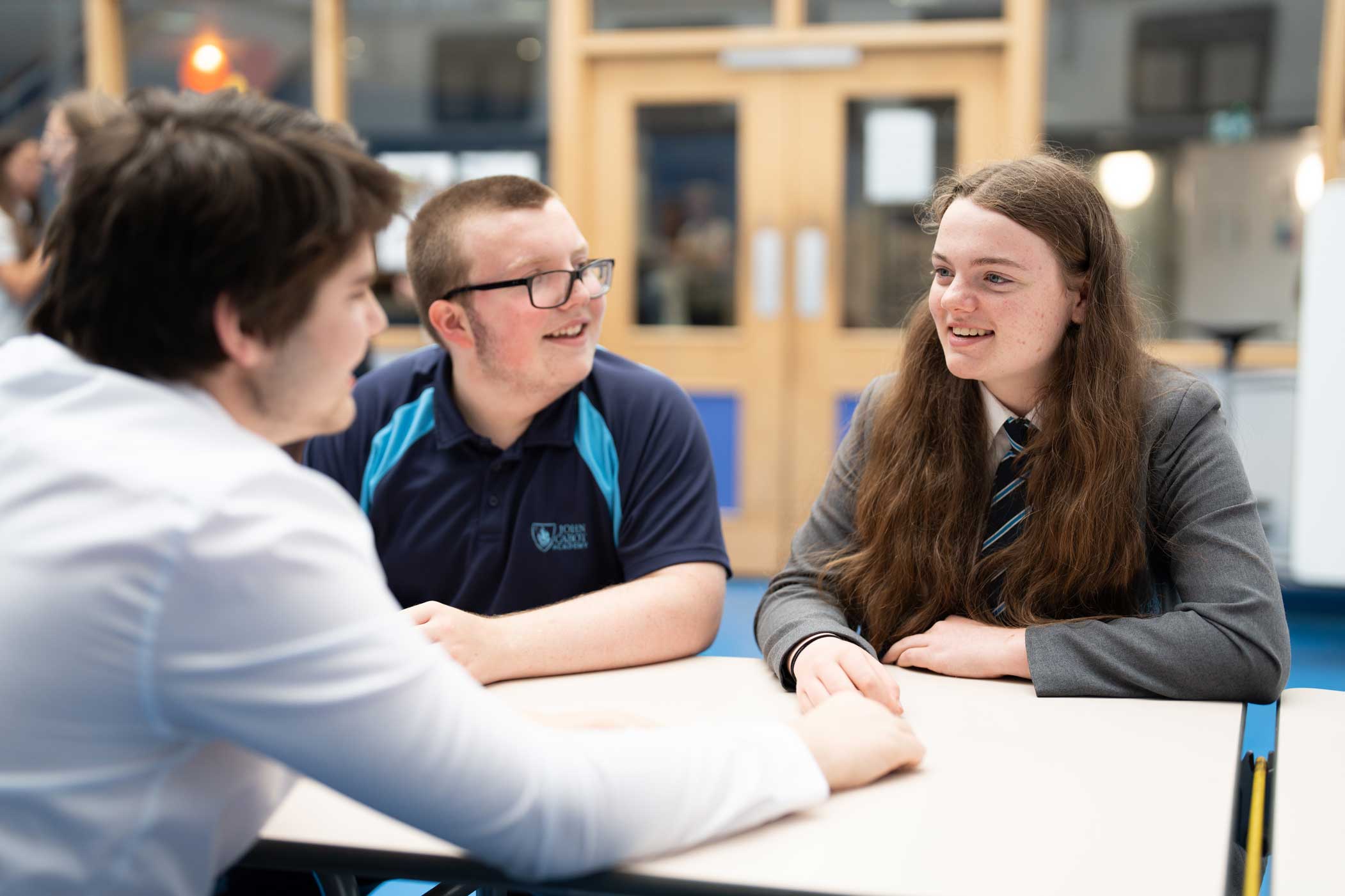 Home » Our Academy » A History of John Cabot

A History of John Cabot

Our school is named after the famous explorer, John Cabot (c. 1450 to c. 1500). He was born Giovanni Caboto and came from Italy. While he’s known as Giovanni in Italy today, he called himself ‘Zuan’. That is the Venetian form of John, which, despite the spelling, is pronounced a bit like a cross between Jean and Juan (the French and Spanish forms of ‘John’). Hence he became known as John Cabot as an anglicised version of his name. He moved to England to find new opportunities and was given a grant by Henry VII to search and find new lands to claim for both the king himself and for England.

John Cabot is most famous for setting sail from Bristol on board his ship, The Matthew (which our Academy logo represents). There is a reconstruction of the ship in the harbour in Bristol’s city centre. It is most likely that he came to Bristol to find financial backing for his voyage where he hoped to find a quicker route to Asia. He sailed to Canada and proclaimed the land he found there as the ‘Newfoundland’ which it is still called to this day.

However, he mistakenly believed he was in Asia! As a result of his discoveries, he was the first early modern European to discover North America. He did not come across native Americans during this voyage, but it did impact later voyages of discovery. Other explorers used John Cabot as an example and felt that they could also travel to new countries and take the land and resources they found there. His actions became a blueprint for further colonisation of other countries and it is known that in 1502, another expedition (not Cabot’s) arrived back in England with three native Americans who could have been taken against their will. These people later became servants in Henry VII’s household. However, by this time John Cabot was dead, so he could not have been involved in this.

Historians know for certain that these two native Americans were presented to the King and that two of them were employed at Court until at least 1504. The King probably took them into his household as a way of bolstering his claims to North America.  Those colonial claims had nothing to do with the natives of America. It was all about Henry VII claiming lands that the Spanish and/or Portuguese believed belonged tothem. They wouldn’t have been regarded as slaves. That’s partly because the right to own slaves wasn’t recognised in English law. But it’s also because figuring them as slaves would have run counter to Henry’s claims to dominiumover the land they came from. Rather, it was in Henry’s interest to represent the natives ashis ‘subjects’ from his land.

There is a record that he once owned a slave called Marina before he came to England. Marina was contracted to work for John Cabot at the age of 32 until she was forty years of age. Whilst slavery was common in the Mediterranean at this time, it is not the slavery we think of with links to the racialised transatlantic slave trade of the 17th century. This form of slavery was a contracted period of servitude and had an end date unlike the horrors of the triangular slave trade which began around 200 years after Cabot’s death.

Some of his actions are controversial today but what is important for us at John Cabot is that our pupils learn historical information in context; that they learn how and why attitudes and actions have changed over time and what we as members of our community can do to learn from the past and make Bristol a better place.

This website uses cookies to improve your experience while you navigate through the website. Out of these cookies, the cookies that are categorized as necessary are stored on your browser as they are essential for the working of basic functionalities of the website. We also use third-party cookies that help us analyze and understand how you use this website. These cookies will be stored in your browser only with your consent. You also have the option to opt-out of these cookies. But opting out of some of these cookies may have an effect on your browsing experience.
Necessary Always Enabled
Necessary cookies are absolutely essential for the website to function properly. This category only includes cookies that ensures basic functionalities and security features of the website. These cookies do not store any personal information.
Non-necessary
Any cookies that may not be particularly necessary for the website to function and is used specifically to collect user personal data via analytics, ads, other embedded contents are termed as non-necessary cookies. It is mandatory to procure user consent prior to running these cookies on your website.
Functional
Functional cookies help to perform certain functionalities like sharing the content of the website on social media platforms, collect feedbacks, and other third-party features.
Performance
Performance cookies are used to understand and analyze the key performance indexes of the website which helps in delivering a better user experience for the visitors.
Analytics
Analytical cookies are used to understand how visitors interact with the website. These cookies help provide information on metrics the number of visitors, bounce rate, traffic source, etc.
Advertisement
Advertisement cookies are used to provide visitors with relevant ads and marketing campaigns. These cookies track visitors across websites and collect information to provide customized ads.
Others
Other uncategorized cookies are those that are being analyzed and have not been classified into a category as yet.
SAVE & ACCEPT
Powered by